How to find cheap multi flights that fit your schedule

I wanted to give you an update on new prestotrip.com features we have added over the last month to help you find better and cheaper trips.

While we found that many of you liked the idea of saving based on being flexible about dates, in many cases there were limits to how flexible one could be. For instance, you might have to return from a trip on a specific date, or might have to be in a particular city for specific dates for an event like a wedding.

We shipped two features this week to help you out for finding the best deals for these scenarios.
We'll pick the best routes and dates that stay within that range.

You can now specify a hard end date for a trip, and we’ll give you the best options to accomplish that trip within that date range. Now let’s consider a scenario where you have to say be in Rome on the 16th to 19th though are otherwise flexible about your dates. Select the Partially flexible option for Rome, and pick these dates. Now, you will get the best deals that ensure you’ll be in Rome during those days. 
Are there any other problems that you have faced planning multi city trips that we can help you with? Please do email us and let us know.

We hope you enjoy all the new prestotrip.com features! 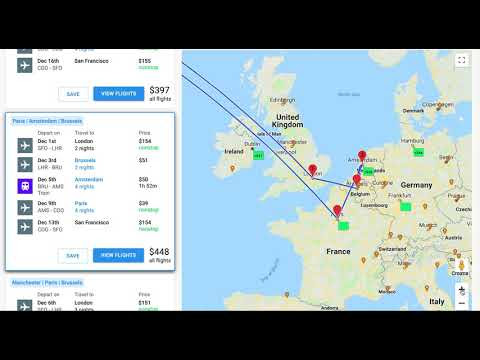 Presto Trip is a multi city travel search engine Let's start with a quick demo, and then I'll really get into the background of how and why we built it. Why build a multi city travel search engine ? Last year, my family tasked me with planning a trip to Greece and Croatia. And pretty quickly, planning this trip became a very time consuming and pain staking activity. 1st problem: Where are we going? We started with a few places in Greece and a few in Croatia we’d want to visit. Simple enough, right ? We researched the places, and put together a few options. We found that even trying to get a basic price estimate for each option was problematic. You have to get the route and dates right and maybe even consider more complex factors like taking a cheap flight in to one place, taking a bus to a nearby city, and then taking a connecting flight to a 3rd city on a given day. I ended up opening lots of tabs using the “Multi City” feature of various flight search webs 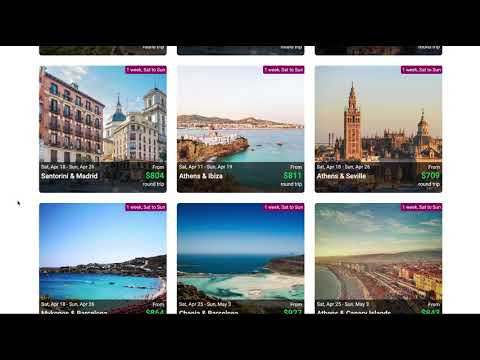 We have decided to pause work on Presto Trip. While we are proud of what we built, the externalities of a pandemic do not make for a good environment to work on a travel startup. 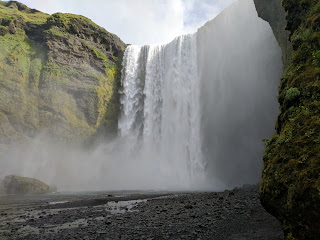 One of the best parts of Game of Thrones is just how visually stunning the show is, and how tastefully it makes use of good filming locations to bring the worlds of Westeros and Essos to life. While the show might be wrapping up, you can still experience your favorite places. This is a multi-part series of posts that describes how to visit all the major filming locations of the series. This post is targeted at fans who have already watched the series, and contains spoilers, so consider yourself warned. The filming locations are scattered mainly across 6 countries: Iceland:  Beyond the Wall, The Eyrie UK (Northern Ireland):  The Stormlands, Dragonstone, Winterfell, The Iron Islands Spain:  Dorne, Casterly Rock, Highgarden, Dragonstone Croatia:  Kings Landing, Dragonstone Morocco:  Astapor and Pentos Malta:  King’s Landing Given the vast number of locations, it’s painfully obvious that there are way too many locations to try to squeeze into one trip, so I recom